The start of another legislative session is upon us. Last week at the outset of the 2021-2022 legislative session, several bills impacting housing production were introduced. Some are similar to bills that weren’t passed last year. Below are four bills to watch as they wind through the Legislature.

SB9 is a refresh of SB1120 from last session that would allow duplexes on most lots. SB9 requires cities to ministerially permit, i.e., without CEQA review or other discretionary reviews or hearings, two-unit development projects in single-family zoning districts. It would also allow single-family parcels to be subdivided into two lots if the parcel is located within an urbanized area or urbanized cluster and is: (i) not located within a historic district, (ii) not included in the State Historic Resources Inventory, or (iii) not within a site that is designated or listed as a city or county landmark/historic property/district.

SB1120 cleared the Assembly with only minutes left in the session, leaving too little time for it to return to the Senate for passage, which makes this year’s SB9 a bill to closely watch.

Senator Wiener’s SB10 is a refresh of SB902 from last session that would allow—but not require—local governments to upzone qualified parcels for up to ten-unit apartment buildings. The allowance for streamlined upzoning would only apply in urbanized locations close to job-rich areas, which are defined as areas rich with jobs or would enable shorter commute distances, and/or transit rich areas, which are defined as areas within half a mile of a major transit stop. While SB10 creates a shortcut for upzoning, it does not provide for streamlined project approvals, i.e., projects within upzoned areas would remain subject to CEQA and other local approval processes. SB10 requires the Department of Housing and Community Development, in consultation with the Office of Planning and Research, to determine jobs-rich areas and publish a map of those areas by January 1, 2022.

SB6 is a second attempt to pass the Neighborhoods Homes Act that would override local prohibitions on residential uses on properties (no size limit) within any commercial zone, except where office uses and retail uses are not permitted or only permitted as an accessory use, that is not adjacent to an industrial use. Densities allowed fall into the range from 15 dwelling units/acre in rural areas to 30 dwelling units/acre in highly urbanized areas, with suburban areas allowing at least 20 dwelling units/acre. Housing development projects would still be subject to local zoning and parking controls, objective design review and permitting processes, and CEQA would be applicable. Projects taking advantage of the Neighborhoods Homes Act would be required to pay prevailing wages or use skilled and trained labor.

This week’s update focuses on five pending bills in the State Legislature, all of which are intended to encourage housing development. These bills, if passed into law, could have a significant impact on housing production and real estate development in San Francisco. A typical mechanism in these bills for expediting housing production is to make the particular approvals ministerial, and therefore not subject to CEQA review.

Lawmakers were expected to return from summer recess on July 13th. Due to at least one Assembly member testing positive for coronavirus, the resumption of the summer session has been delayed until the end of this month. This year’s legislative session is slated to end on August 31, 2020.

San Francisco has approximately 34,000 hotel rooms in more than 200 hotels. In the short-term, the conversion of hotel rooms to residential could bolster the stock of smaller, affordable units. However, as the economy recovers, the loss of hotel space could dilute or erode convention/tourist facilities in key locations near regional transit. Tenant protections may limit the ability to covert back to hotel to meet future needs.

California Assembly Bill 2345 would amend the State Density Bonus Law to provide additional options to qualify for State Density Bonus. Currently, a project may receive one, two or three incentives or concessions, depending on the amount and levels of on-site affordable housing. Projects providing 100% affordable housing may receive four incentives or concessions, but are not eligible for waivers given that density limits are waived. This bill would provide an option to receive four or five incentives and concessions for projects in which greater percentages of the total units are provided for lower income households, very low income households, or for persons and families of moderate income in a common interest development. In addition, when providing the additional affordability specified above, the project is entitled up to a 50% bonus. The bill would also authorize an applicant to receive six incentives or concessions for projects in which 100% of the total units are for lower income units, as specified. The bill would also provide one incentive for Student Housing Projects that are 20% affordable.

Due to San Francisco’s high inclusionary requirements, projects that provide onsite inclusionary housing may qualify for a larger bonus than 35%. A typical rental project would qualify for a 37.5% bonus and if located in a carve out area (North of Market Residential Special Use District, the Mission Area Plan, or the SOMA Neighborhood Commercial Transit District) may receive a 50% bonus.

California Assembly Bill 3040 would allow jurisdictions to rezone parcels currently occupied by single-family homes for ministerial approval of up to four housing units, and to count these sites toward up to 25% of the housing units the jurisdiction must accommodate for its share of the Regional Housing Needs Assessment (RHNA). Because projects on these parcels would be designated for ministerial approval, CEQA review would not be required. The projects would still be subject to design review; however, local development standards applicable to the site cannot impede the development of four dwelling units. Covenants or other private provisions that prohibit or restrict the number of units would also be void. Single-family home sites counted toward the RHNA site inventory as potential four-unit sites must have been certified for occupancy at least 15 years ago.

California Senate Bill 1120 would authorize ministerial approvals of either or both (i) a housing development of two units and/or (ii) subdivision of a parcel into two equal parcels. To use this bill, the subject parcel would need to be zoned for residential uses and in a single-family zoning district. Certain hazardous, protected parcels or currently occupied parcels could not take advantage of this bill. Projects could not result in the demolition of 25% or more of existing exterior walls, a parcel smaller than 1,200 square feet, nor provide short-term rentals. CEQA would not be required. Objective requirements may be applied, provided the requirements do not prohibit the project.

In San Francisco, approval processes for subdivisions and for new housing are discretionary and as such, require CEQA review. By making these projects ministerial, CEQA would not be required and the projects would be approved upon meeting the objective requirements. This would speed the entitlement process and limit the Department’s ability to apply design guidelines.

SB 902 (Wiener, Atkins): Allow Cities to Permit up to 10 Units on Infill Sites in Transit-Rich or Job-Rich Areas

We have previously updated readers on Senator Weiner’s Senate Bill 902, or ‘SB 50 Lite’. This bill would facilitate the passage of local ordinances to allow multifamily buildings with up to 10 units on qualifying parcels. The bill would not require any changes to existing zoning but could allow for faster passage of ordinances by removing the need for potentially time-consuming and costly CEQA review. A large portion of the city’s parcels would likely qualify for rezonings under this bill should the city’s elected officials choose to pass them. SB 902 was passed out of the Senate in late June, and is now being considered in the Assembly.

We will continue to monitor these bills, and will update readers accordingly. 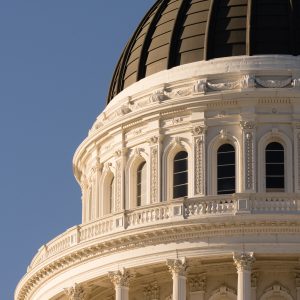 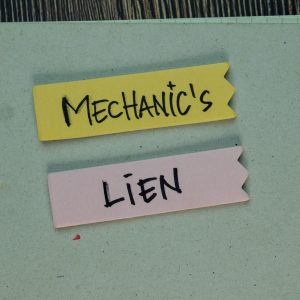 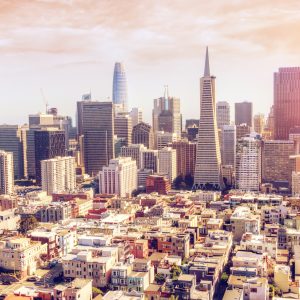 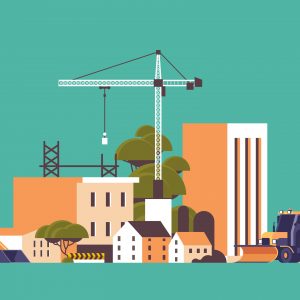