Imagine being at home one day when you receive news that someone (or some entity) is claiming to be the true owner of that same property you worked so hard, and paid so much, to purchase. Is there a chance there is actual merit to such a claim? What does this mean for your ability to sell the property in the future? Could the unthinkable happen, and you lose your home? Most importantly, what should you do next?

When a dispute arises between parties as to who holds superior title to all or a portion of certain real property, a complaint to “quiet title” (among other causes of action) is typically brought before the court. The purpose of quieting title is to establish clear title against adverse claims to real property or any interest in the same. Cal. Civ. Code § 760.020. In other words, a quiet title action is a legal proceeding where a party claims title to all or a portion of specific real property and requests that the court find that party’s title to be superior to any interest that is claimed by the other party.

One of the most common defenses to such actions relies on the applicable statute of limitations. While California Code of Civil Procedure does not have a specific statute of limitations for quiet title actions, the courts have provided guidance on when such claims must be brought, depending on the underlying theory of relief. Muktarian v. Barmby, (1965) 63 Cal.2d 558, 560.

In 2015, the appellate court in Salazar v. Thomas, (2015) 236 Cal.App.4th 467, 477, ruled that the likely statute of limitations applicable to various underlying causes of actions were as follows:

Importantly, no statute runs against a plaintiff seeking to quiet title while he is in possession of the real property in dispute. Muktarian, supra, at pp. 560-561. However, possession does not provide a party with an unlimited tolling period without qualification. Instead, the statute of limitations commences on a quiet title action when the party is no longer in “undisturbed possession.” Mayer v. L&B Real Estate, (2008) 43 Cal.4th 1231, 1238. In determining whether such a disturbance has arisen, courts will consider the following questions:

In the case of our homeowner who was notified of an adverse claim, the court would look to the factual history of the adverse claim being asserted, and to what extent, if any, the party asserting such claim had previously acted to move it forward.

For example, where the underlying cause of action is based on the cancellation of an instrument, appellate courts have held that a notice of default (Salazar, supra, at p. 481) and a notice of trustee’s sale followed by a postponed sale (Huang v. Wells Fargo Bank, N.A., (2020) 48 Cal.App.5th 431), were insufficient to dispute or disturb the property owners’ possession and trigger the statute of limitations. Further, in Mayer, supra, at 1231, the California Supreme Court held that although a defective notice of tax sale did not disturb possession, a subsequent letter from the tax collector notifying the owners that the property had been sold at public auction was sufficient. (Id. at p. 1240.) And, in the recently published appellate court opinion of Kumar v. Ramsey, (2021) 71 Cal.App.5th 1110 – a matter involving a property in South Lake Tahoe, purchased out of foreclosure, where the buyer was aware of certain, previously recorded, land coverage transfer agreements – the court found that buyer’s mere knowledge of previously recorded agreements, which buyer’s counsel found legally invalid, posed only a dormant threat to buyer’s title, thus tolling the statute of limitations until the party asserting the adverse claim attempted to sell those alleged property rights to a third party.

Lingering adverse claims on title create a cloud on the same, negatively impacting the marketability of the subject property, or worse, leading a court to find another party has superior title. The more complex the factual history regarding an adverse claim, the less one can be certain how a court will rule on the issue of when the statute of limitations period should commence. Property owners would be wise to promptly act upon being informed of an adverse claim against their real property, and request the court formally quite title to the property in such party’s favor. Because, unless title is made quiet, how can the issue ever really be put to bed?[1]

[1] Note: The remedy provided in a quiet title action in California is cumulative and not exclusive of any other remedy, right of action, or proceeding provided by law for establishing or quieting title to property. Thus, a quiet title action may be brought in conjunction with another cause of action (e.g., declaratory relief or ejectment). Cal. Civ. Code § 760.030(a). 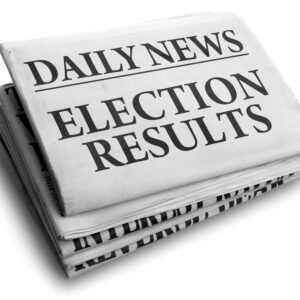 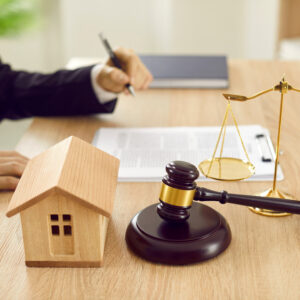