This past Monday, the Land Use and Transportation Committee unanimously voted to recommend a new scaled-back version of Supervisor Mandelman’s proposed Large Residence Legislation (the “Legislation”) that could greatly affect a large number of homeowners in central San Francisco neighborhoods. As we reported in prior updates on October 4th, July 29th, and March 31st of last year, the original form of the controversial legislation was introduced to discourage a growing trend of large homes. However, after the Planning Commission disapproved the original form of the legislation, a new version has been introduced with significant changes: 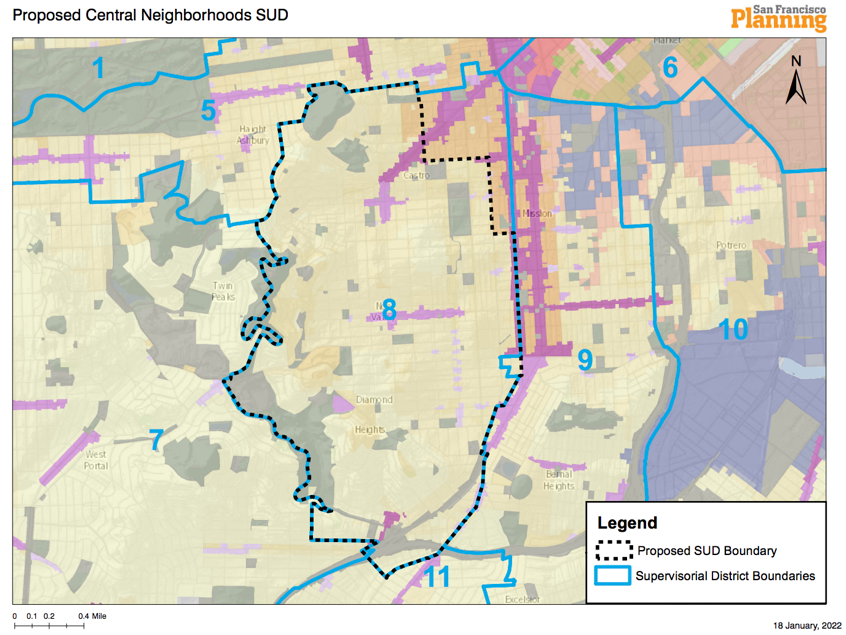 As noted above, the Legislation was unanimously recommended to the full board on February 14, 2022. Notably, during the hearing, Supervisor Mandelman discussed the potential for expansion of the Central Neighborhoods SUD in the future. Public comment was generally supportive of the Legislation, and the Planning Commission waived its option to hear the Legislation again. The Legislation will next be heard at a Board of Supervisors Full Board meeting, but no date has been set yet.