In an apparent backlash against recent housing bills, two California state legislators have introduced a constitutional amendment that would essentially revoke the state’s ability to regulate land use. If approved, this amendment would allow cities to avoid compliance with state laws aimed at increasing housing production, making it more difficult to meet the housing needs of the growing California population.

The measure was introduced by Assemblymember Muratsuchi (D-Torrance) on March 16, 2021 and co-authored by Senator Glazer (D-Contra Costa). This comes after an attempt to get a similar citizen-initiated measure on the ballot, which has not reported any required signatures to the state as of this writing. In order to qualify for the ballot, two-thirds of each legislative chamber will need to approve the constitutional amendment. That amounts to a minimum of 54 votes in the Assembly and 27 in the Senate, assuming no vacancies. The governor’s approval is not required.

The constitutional amendment itself is fairly simple. It states that city or county regulations regarding “zoning or the use of land” prevail over conflicting state laws. Limited exceptions include conflicts with state statutes involving (1) the California Coastal Act, (2) the siting of certain power generating facilities, and (3) water or transportation infrastructure projects. Transportation infrastructure projects do not include transit-oriented development projects. This amendment would apply to both charter cities and general law cities. However, in charter cities, courts would determine whether a local ordinance that conflicts with one of the subject areas listed above addresses a matter of statewide concern or a municipal affair.

The measure states that the amendment will provide local control over land use decisions in order to balance development with the economic, environmental, and social needs of the community. The measure notes that the impacts of land use decisions vary depending on the municipality and specifically points to impacts on the infrastructure needed to maintain adequate public services.

While these are valid concerns, they need to be evaluated in light of the current housing crisis, which has been decades in the making. The state sets housing production goals, also known as the Regional Housing Needs Assessment (RHNA), that cities and counties are required to plan for in their Housing Elements. However, planning for housing does not always translate into actual housing production. According to the HCD’s latest data, only about 6% of California’s cities and counties are on track to meet the state’s current RHNA goals in all income categories. And, as we noted in a prior e-update, many cities and counties are looking at significant increases in RHNA goals next cycle. In order to incentivize housing production, the legislature has stepped in to streamline approvals, allow density bonuses, and limit municipalities’ ability to deny certain housing projects.

The amendment’s broad applicability to regulations regarding “zoning or the use of land” leaves significant room for interpretation and will result in far-reaching consequences that will ultimately exacerbate the state’s worsening housing crisis. For example, the amendment would allow cities to disregard the following state laws:

The broad language of the amendment may also have the effect of reversing state rent control regulations and General Plan requirements, including the need to update the Housing Element to accommodate RHNA goals. In addition, a number of land-use related bills have been introduced this session that could be impacted by this constitutional amendment.

It remains to be seen whether two-thirds of the legislature, which recently passed landmark housing bills, would vote to put this constitutional amendment on the ballot. We will continue to monitor this measure and keep you updated. 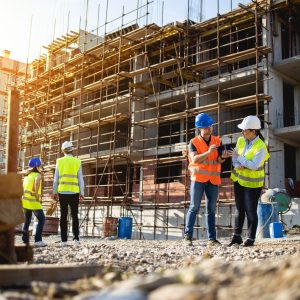