Governor Gavin Newsom announced this month that he has signed 18 bills into law that will boost housing production in California. Many of these bills fall into two categories: first, bills that reduce barriers for developers to build large-scale housing (more than four units), and second, bills that reduce barriers for homeowners to build accessory dwelling units (“ADUs”) in single-family homes. Of the bills the Governor signed, we find the following to be the most promising and impactful to larger-scale housing development at a statewide level.

AB 1763 expands the state’s Density Bonus Law for 100% affordable housing projects. As the law exists currently, a local jurisdiction must allow an increase in density and provide up to three incentives or concessions to a development with certain levels of affordable units. Two new features this bill adds to existing Density Bonus Law include:

This is a promising change in state law because many projects we see in urban infill locations take advantage of the Density Bonus Law, but the bonus is not always enough. Now, these projects can further increase their height and density, eliminate parking, and apply four incentives to make the development more affordable. These bonuses will help increase unit count, increase affordability, and reduce the per-unit cost of development. Another promising aspect of this legislation is that it incentivizes housing for middle class. Moderate income families have been an overlooked segment of the California population.

For a state that wants to encourage mass transit, this legislation should be a strong incentive. A “major transit stop” means a rail station, a ferry terminal with bus or rail service, the intersection of two or more major bus routes with service every 15 minutes during commute periods, or a high-quality transit corridor included in a regional transportation plan. To put it differently, these incentivized development locations will include sites near Caltrain stations, SMART train stations, AMTRAK stations, BART stops, bus stops, ferry terminals, and more. According to Metropolitan Transportation Commission data, there are more than 6,000 major transit stops in the San Francisco Bay Area. According to the Southern California Association of Governments, there are thousands more major transit stops in the greater Los Angeles area.

AB 1485 is another new law focused on increasing density and increasing moderate-income housing production at urban infill locations. The Density Bonus Law currently allows jurisdictions to include underground space, such as basements and underground parking garages, toward the square footage of a development. In other words, this underground space, sometimes required by a jurisdiction to meet parking requirements, is included in floor area calculations and puts a limit on the intensity of development. This new law eliminates underground space as part of the floor area calculation and, as a result, gives a boost to developable space on a site.

Finally, this bill eliminates California Environmental Quality Act (“CEQA”) review for certain projects located on Bay Area Rapid Transit (“BART”) owned property. It also eliminates CEQA review for the sale of BART-owned property. This will impact sites where BART itself is planning projects, including possible projects in Berkeley, Concord, Oakland, and San Francisco, for example. It will also impact land BART may sell. According to BART, the agency is considering the sale of agency-owned land in El Cerrito, Hayward, Oakland, Walnut Creek, Richmond, San Leandro, San Lorenzo, and Union City. This law has the potential to streamline housing development on significant amounts of Bay Area land.

This year, a package of new ADU laws will encourage housing development at an individual scale. In particular, AB 68, AB 881, and SB 13 will encourage the development of ADUs and junior ADUs. These new laws address the ways local governments indirectly discourage the development of ADUs. Features of the new laws include capping setback requirements, prohibiting lot coverage and floor area ratio calculations for ADUs, prohibiting replacement parking requirements when a garage is converted to an ADU, and restricting owner-occupancy requirements. These new ADU laws will encourage smaller increases in density in residential neighborhoods, outside of the types of large developments discussed above, but will nonetheless increase the affordable housing stock in California.

Please keep in mind that there are many subtleties to both new and existing law. Please contact Reuben, Junius & Rose, LLP for more information. 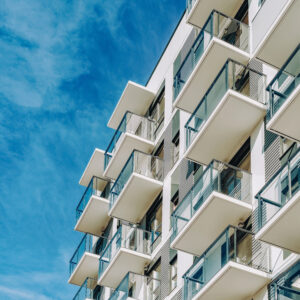