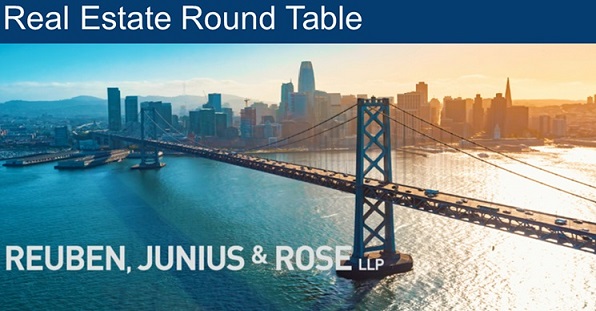 Reuben, Junius & Rose LLP is delighted to welcome Oakland Mayor Libby Schaaf to a virtual Real Estate Roundtable on February 9, 2021. Mayor Schaaf has led the City since 2015, overseeing a time of both unprecedented growth and significant challenges. She has focused on a variety of real estate-related issues during her tenure as Mayor, including development, economic revitalization, affordable housing, eviction and homelessness, issues of equity, and now the burden of the Covid-19 pandemic.

Mayor Schaaf was born and raised in Oakland, which she proudly describes as, “The most unapologetic Sanctuary City in America.” During her tenure, Oakland has undergone an economic revitalization and building boom, as well as cut gun violence in half.

Mayor Schaaf created Oakland’s first Department of Transportation, whose equity-based paving plan is the first of its kind in the nation and will make previously underserved neighborhoods safer, while addressing the city’s decades-old infrastructure backlog.

We look forward to welcoming Mayor Schaaf for a wide-ranging discussion of Oakland real estate, her goals as Mayor, and the future of Oakland.

In addition to this engaging speaker, the event will feature time for your questions and small group breakout room networking. Your RSVP helps us to plan for the networking sessions. We hope to see you there!